when will we stop listening to Jamie Dimon 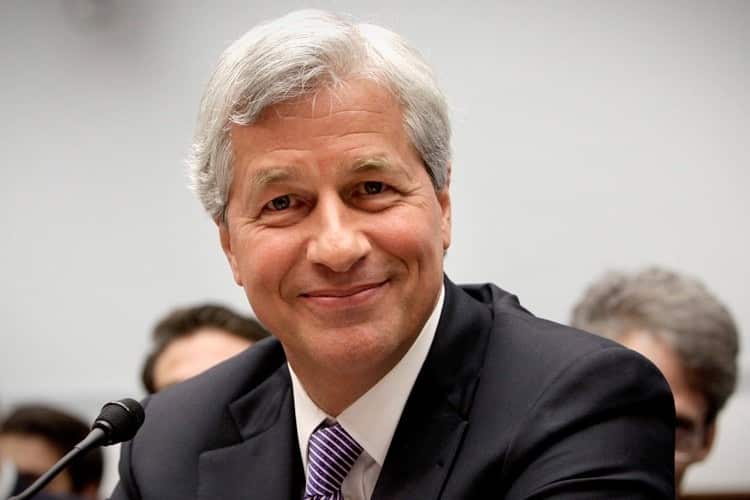 Can we all agree that we shouldn’t be listening to Jamie Dimon? He isn’t looking out for your best interest, he isn’t adding value to your life and trust me, the advice he gives isn’t meant to help you.

JPMorgan Chase, which helped underwrite $15.4 billion of WorldCom’s bonds, agreed in March 2005 to pay $2 billion. If you don’t know about WorldCom, google it.

JPMorgan Chase & Co. agreed to a $722 million settlement with the SEC to end a probe into sales of derivatives that helped push Alabama’s most populous county to the brink of bankruptcy.

JPMorgan Chase admitted that it wrongly overcharged several thousand military families for their mortgages, including active duty personnel in Afghanistan. The bank also admitted it improperly foreclosed on more than a dozen military families.

14 lawsuits were filed against JPMorgan Chase in various district courts on behalf of Chase credit card holders claiming the bank violated the Truth in Lending. The consumers contended that Chase, with little or no notice, increased minimum monthly payments from 2% to 5% on loan balances that were transferred to consumers’ credit cards based on the promise of a fixed interest rate.

The Federal Energy Regulatory Commission (FERC) approved a stipulation and consent agreement under which JPMorgan Ventures Energy Corporation (JPMVEC) agreed to pay $410 million in penalties and disgorgement to ratepayers for allegations of market manipulationstemming from the company’s bidding activities in electricity markets in California and the Midwest from September 2010 through November 2012.

FERC’s investigation of energy market manipulations led to a subsequent investigation into possible obstruction of justice by employees of JPMorgan Chase.

On August 25, 2011, JPMorgan Chase agreed to settle fines with regard to violations of the sanctions under the Office of Foreign Assets Control (OFAC) regime.

JPMorgan Chase & Co was charged for misrepresenting and failing to disclose that the CIO had engaged in extremely risky and speculative trades that exposed JPMorgan to significant losses.

JPMorgan Chase announced that it is being investigated by the United States Department of Justice over its offerings of mortgage-backed securitiesleading up to the financial crisis of 2007–08. The company said that the Department of Justice had preliminarily concluded that the firm violated federal securities laws in offerings of subprime and Alt-A residential mortgage securities during the period 2005 to 2007.

“Sons and Daughters” hiring program | November 2016 – Fine: $264M
JPMorgan Chase agreed to pay fines to settle civil and criminal charges involving a systematic bribery scheme spanning 2006 to 2013 in which the bank secured business deals in Hong Kong by agreeing to hire hundreds of friends and relatives of Chinese government officials, resulting in more than $100 million in revenue for the bank.

JPMorgan agreed to pay fines and penalties to settle civil and criminal charges related to its role in the Madoff scandal. The lawsuit, which was filed on behalf of shareholders against Chief Executive Jamie Dimon and other high-ranking JPMorgan employees, used statements made by Bernie Madoff during interviews conducted while in prison in Butner, North Carolina claiming that JPMorgan officials knew of the fraud.

Cyber-attack | September 2014
A cyber-attack, disclosed in September 2014, compromised the JPMorgan Chase accounts of over 83 million customers. The attack was discovered by the bank’s security team in late July 2014, but not completely halted until the middle of August.

Alleged discrimination lawsuit | January 2017
The United States sued the company, accusing it of discriminating against “thousands” of black and Hispanic mortgage borrowers between 2006 and at least 2009.

Come on. We’re smarter than this.